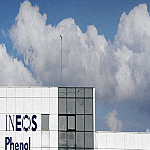 Belgium, South Korea and South Africa, export acetone to the United States at a cheap price, which could be seen as ‘dumping’, according to US Department of Commerce.

If the US concludes that there is a financial loss, Washington will demand financial compensation.

According to the US Department of Commerce, acetone, which is used in chemistry, was imported from Belgium with a dumping margin of 28.10%.

US authorities are looking in particular at Ineos Phenol Belgium, as well as other unspecified Belgian exporters. In 2018, Belgium had exported 51.1 million dollars worth of acetone to the US.

“Strict implementation of trade legislation is a top priority of Trump’s administration. Since coming to power, about 200 anti-dumping investigations have been initiated,” the Ministerial communication stated.

The investigation concerning Belgium, South Korea and South Africa was opened after a complaint registered by the Coalition for Acetone Fair Trade, of which AdvanSix, Altivia Petrochemicals, LLC and Olin Corporation are members.

The US Commission on International Trade is currently examining whether the American domestic industry has suffered because of these deals.

The conclusion is expected on 23 March at latest, the US Department of Commerce announced.

The US Department of Commerce (Commerce) yesterday announced preliminary determinations that acetone from Belgium, South Africa, and South Korea has been dumped into the US market. Commerce says it...